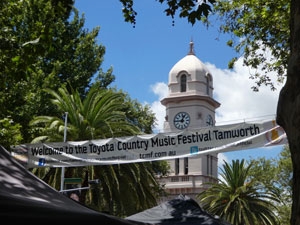 The headlines on the TCMF website say that the Tamworth Country Music Festival is “Australia’s Largest Music Festival – 10 Days – 700 Artists – More Than 2800 Events”.

We headed to Tamworth to find out what people have been raving about!

Tamworth is about a five-hour drive from Sydney – it’s an easy drive passing through pretty countryside and charming towns – particularly Murrurundi and Willow Tree. In fact if you leave Sydney in the morning, the Willow Tree Inn is a great place to stop for lunch. Their award-winning Graze Restaurant and Bistro serves one of the best steaks you will ever have. Across the road is The Plains Pantry – another great place for good coffee, home baked meals, cakes and gourmet groceries.

END_OF_DOCUMENT_TOKEN_TO_BE_REPLACED 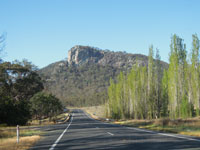 This is a scenic drive along the New England Highway and Thunderbolts Way, between Tenterfield in the north of NSW down to Sydney. It takes about 8 hours and passes through historic country towns, through some of the New England region’s most beautiful high country, and gives travellers an insight into the lives of Australia’s early settlers. If time permits, it is ideal to break the trip and stay in a few places along the way to appreciate the sights. END_OF_DOCUMENT_TOKEN_TO_BE_REPLACED 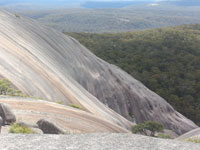 Bald Rock National Park is a short drive from Tenterfield and is well worth a visit. Bald Rock is the largest exposed granite rock in Australia and walking to the top, while quite difficult, is very rewarding. The views from the summit of Bald Rock are sensational. END_OF_DOCUMENT_TOKEN_TO_BE_REPLACED 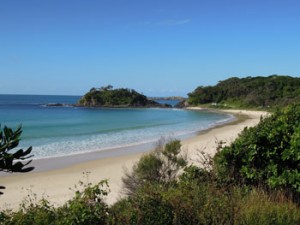 For those who enjoy driving holidays, this is a good route to explore the NSW coastline between Bulahdelah and Coffs Harbour and get a glimpse of the Oxley Wild Rivers National Park.

You will see some of the best waterways, the best beaches and national parks in NSW.

During winter, the area is far less crowded than in summer, the days are sunny but not too hot and the air is crisp and clean.

END_OF_DOCUMENT_TOKEN_TO_BE_REPLACED 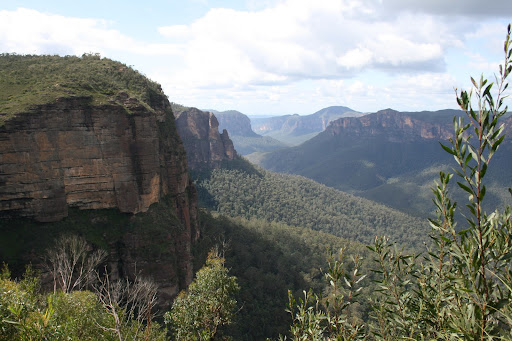 If you are visiting Sydney, we can recommend a day trip to the Blue Mountains.

Anytime of year is good however it is a bonus if you can see the mountains in autumn or spring.

If you have the time, we suggest doing a circular route – driving out of Sydney along the M4 onto the Great Western Highway through Leura, Katoomba and Blackheath. When you reach Mount Victoria we recommend returning to Sydney via the Bells Line of Road.

It is a big day out but you will certainly see a lot.

Driving time to Katoomba is about two hours from Sydney. END_OF_DOCUMENT_TOKEN_TO_BE_REPLACED

Jindabyne is the gateway to the snowfields of the southern Kosciuszko National Park – Perisher, Charlotte’s Pass, Blue Cow, Smiggin Holes, Guthega and Thredbo.

We arrived in Jindabyne the week before the official opening of the 2011 ski season. In previous years we had passed through Jindabyne on the way to the snowfields without giving it much thought. However, after staying a few days we discovered that it is a very pleasant town.

At this time of year there is an influx of young people looking for jobs for the ski season. Everyone we come across is incredibly friendly, enthusiastic and helpful. END_OF_DOCUMENT_TOKEN_TO_BE_REPLACED

Sydney to Broken Hill via the Murray River

END_OF_DOCUMENT_TOKEN_TO_BE_REPLACED

One of our favourite day trips from Sydney is the drive south via the Royal National Park, through the towns of Stanwell Park, Austinmer and Thirroul to North Wollongong. A highlight of the trip is the Sea Cliff Bridge and the spectacular coastal views.

Leaving Sydney we drive out past the airport, following the signs to Rockdale/Wollongong. Just beyond the airport, there are good views over Botany Bay from along the Grand Parade, Brighton-Le-Sands. The foreshore of Botany Bay has been landscaped in recent years to provide a walking/cycling track and grassed areas for picnicking.

The Royal National Park is the beginning of what is known as the Grand Pacific Drive – from Sydney to Wollongong and beyond.

END_OF_DOCUMENT_TOKEN_TO_BE_REPLACED

We left Sydney on a Saturday morning, hoping to stay a night in Huskisson. The plan was to explore the coast between Sydney and Jervis Bay over the next two days. It was what we call in our family ‘a flash tour’ – touching on many places in a short time, with a view to going back to where we liked the best.